Lana Reid is a newcomer to the poetry scene.

Lana began writing at an early age. She attributes her rebellion to structure, punctuation and her relaxed poetry style to the strict English teachers she had in her childhood years. She states, "In my mind, I chew on a thought for a while and by the time I sit down to write them down on paper, the result is for the most part the finished concept. I revise at times, but not much."

Growing up as the child of a military father afforded Lana the opportunity to live in countries in Asian and Europe. The experience showed her the difference in treatment of Blacks by other cultures versus the inequality they receive here in the United States. As a result, a large portion of Lana's work focuses on issues in the Black community. Lana states, "That is the who and what that has shaped me as an artist. The extended families Blacks in the military make, the brothers "dissing" each other on the block, the pastors giving sermons on Sunday morning, the grandmother sitting on the porch giving little life lessons, and the double dutch sessions with cousins on summer afternoons."

She says that she constantly keeps in mind where her people were yesterday, where they are today and where she would like for them to be going tomorrow.

When questioned as to why she writes under a pen name, Lana says, "There are times (a lot), when I'm quite shy and I just like to sit back and observe scenes and not be the center of attention. Also, there are some topics that I write about, especially the last chapter of my current book, that is very risque', you know the type of stuff you don't want someone to mention while you're walking down aisle five at the grocery store or during church service." 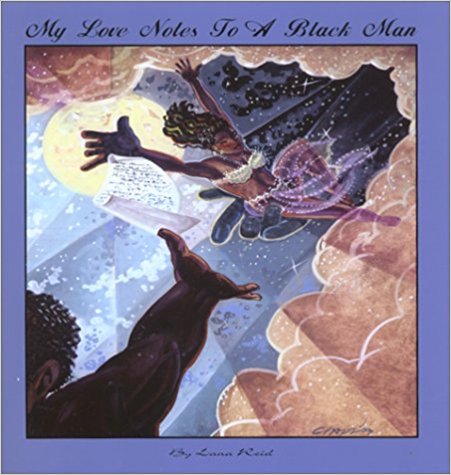 My Love Notes to a Black Man