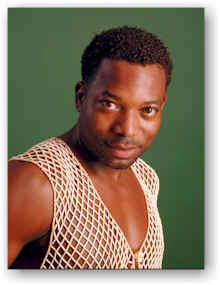 Leonard learned at a very early age that his true love in Life was found at the three-way intersection of: the pen, a clever thought and a sheet of paper. He has forever dreamed of someday penning a book that would shake the foundations of one’s value system and cause them to think (if only for one moment): "Am I secure in my Relationships?"

After querying the Relationships (volume 1): Lessons Before Dying concept with a few mainstream agents, he decided to spend his time and hard-earned investments to focus on "self-publishing." He viewed the opportunity to self-publish as a way to satisfy his yearning to learn the "ins and outs" of this very complex business of publishing.

Using his knowledge base in the areas of modeling, graphic arts and storytelling, he has pulled together a piece that is simply timeless.

To Leonard, self-publishing this work has been the biggest and most brilliant personal decision he has ever made. He highly encourages anyone who has a passion for writing to follow their heart’you won’t go wrong!

He then forewarns of a watchout in the creative process, "avoid entertaining why you chose to handle a situation in the manner that you did. In dealing with the creative process, allow your imagination to take you places and through situations that you would not go otherwise. Alwayz keep the ’unforeseen possible’ possible and avoid the impossible (wink)."

Leonard is spending the majority of his time developing the Lessons Before Dying sequel, Relationships (volume 2): A Time For New Beginnings, and working on his not yet titled "non-fiction" book on single father parenting.

In his "non-fiction" project, he will share his experiences as a single father raising his now 17 year old son, Darius Montez. This nonfiction work will offer the reader a road map for single parenting as well as share some stories that may prove invaluable to single African American fathers and their child. This book will also present stories, poetry and perspectives by Darius, whom he has been blessed to have raised since he was six. 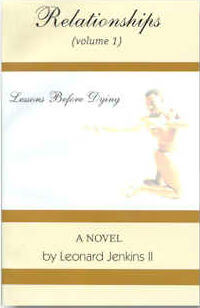