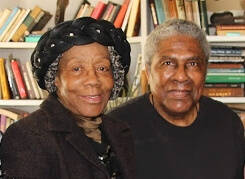 Nathan and Julia Hare is a 2 time AALBC.com Bestselling Author

Dr. Nathan Hare is often called "the father of black studies." On February 1, 1968, he was hired at San Francisco State, as the first coordinator of a black studies program in the United States, to write a proposal for the first department of black studies. Then two semesters later he was fired in the face of his refusal to help the notoriously hard-line college president S. I. Hayakawa break a five-months strike by a campus-wide multiracial coalition of thousands of students and faculty members. Months after his firing for his role in the largely successful black student led strike for an autonomous department of black studies and a school of ethnic studies, Dr. Hare became the founding publisher of The Black Scholar.

Dr. Hare presently remains with The Black Think Tank and in the private practice of psychology in San Francisco, for more than thirty years in the same location (in the historic building that was once the home of Mary Ellen Pleasant, the controversial black abolitionist who was a supporter of John Brown but counseled him in vain to delay his going to Harper's Ferry). Today, the San Francisco Bay Area African-American Historical and Cultural Society identifies Mary Ellen Pleasant on a monument to her on the grounds of the site where she lived, at 1801 Bush Street (at the corner of Octavia), as a leader of the "Western Terminus of the Fugitive Slave Underground Railroad from 1850 to 1865." Dr. Hare was selected an honorary member of the Board of Directors of the San Francisco Bay Area African-American Historical and Cultural Society, in 1981.

Dr. Julia Hare is widely regarded as one of the most dynamic motivational speakers on the nation's podiums today. The Black Think Tank has decided to turn her loose on the lecture circuit this fall. If you have ever had the satisfaction of hearing this sista speak, you already know why she is gaining so much notice and popularity at conference gatherings and campuses across America and even creating excitement in other lands. The largest black newspaper in London, The Voice, recently dubbed this genteel woman of class and charm a “lady Malcolm X” in a feature story of how she is, quote, “setting the black world on fire” after she electrified the Tavis Smiley “State of the Black Union Conference” with her breakout blast of velvety tough-talk about the difference between “black leaders” and “leading blacks.”

YouTube clip picked it up and clocked a million hits from around the world. In an editorial beside its two-page feature story, The Voice said further that “We Need Black Leaders Not Leading Blacks,” and “thanks to Internet sites like YouTube, Dr. Hare’s powerful and at times amusing comments on modern black life have reached out to people everywhere. In Britain, many in the know’ are starting to talk about her…Her comments about the differences between black leaders’ and leading blacks’ absolutely strikes the nail on the head…The likes of Martin Luther King have been replaced by media appointed leading blacks’ who have got to their positions of influence by pretending to the establishment that they have the ear of black people."


3 Books by Nathan and Julia Hare 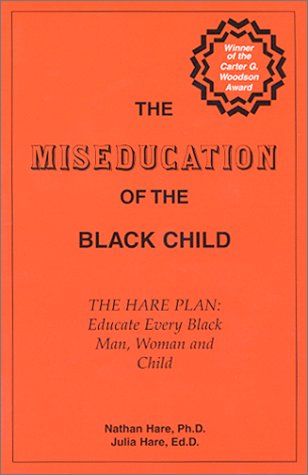 The Miseducation Of The Black Child 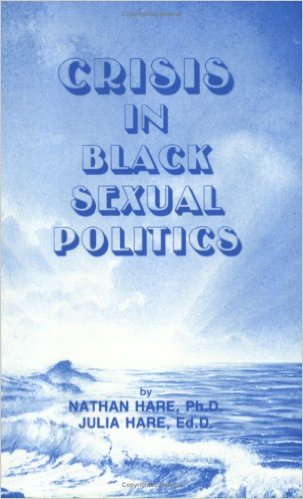 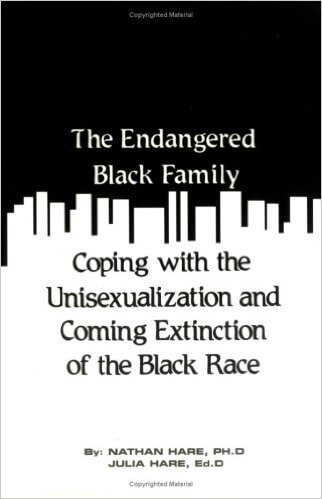