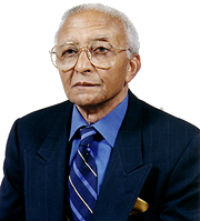 Neely Fuller, Jr. was born October 6, 1929 and is the author of several books. Like millions of others, he has been a long-time victim of, and servant, to racism (White Supremacy) in all areas of activity. His experiences, observations, and studies have led him to believe the following:

Each and every Victim of Racism should minimize the time and effort spent doing anything other than thinking, speaking, and acting in a manner that helps to eliminate Racism and helps to establish justice.

Fuller was one of Dr. Frances Cress Welsing mentors.