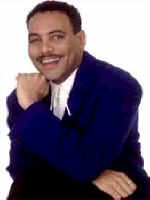 Ray Billingsley is the creator of "Curtis".  Billingsley draws from real life, and the strip has the fresh quality of situational humor, mixed with melodrama, comedy and pathos. The strip depicts the urban existence of Greg and Diane Wilkins, a black family that lives in a weathered brownstone. Eleven-year-old Curtis and his younger brother, Barry, are emblematic of preteens in the big city, navigating their way through adolescence and its delights and dangers.

Billingsley acknowledges that "Wee Pals" creator Morrie Turner, the first black cartoonist in national syndication, opened the door for "Curtis" and other strips.

Billingsley was born in Wake Forest, N.C., and raised there and in New York City's Harlem. When he was 12 years old, he worked as an artist for Kids magazine.

After graduating from the High School of Music and Art in Manhattan, he attended the School of Visual Arts there on a four-year scholarship. He began an internship at Walt Disney Studios in 1979.

Billingsley finds inspiration for the strip in his own childhood memories, conversations with friends and life at the local barbershop, where the folks talk everything from small-town gossip to big dreams and problems.

Billingsley, who is single, enjoys watching horror films, listening to music, singing and painting (his inspiration is art-deco impressionist Erte).

Cartoonist Ray Billingsley has struck a chord of recognition with readers everywhere. He portrays Curtis's invariable ups and downs of life with his parents, his little brother, his friends, and growing up. Billingsley also depicts his characters' confrontation of serious social issues.

"Curtis" appears in more than 250 newspapers. 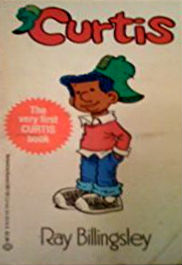