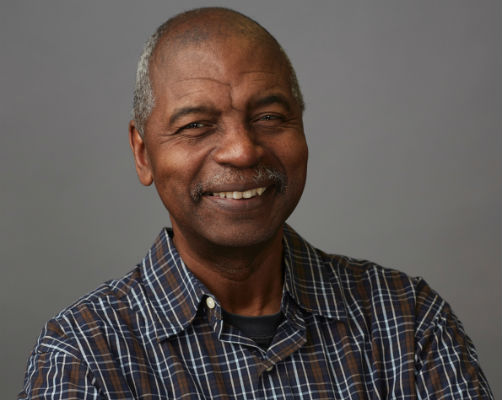 Richard Wesley was born July 11, 1945 and is a playwright, and screenwriter for television and cinema.

Wesley is an Associate Professor in Playwriting and Screenwriting, and the Chair of the Department of Dramatic Writing. He was educated at Howard University in Washington, DC, graduating with a BFA in 1967. His plays include, The Black Terror, a Drama Desk winner, produced at the New York Shakespeare Festival’s Public Theatre, in 1971; The Mighty Gents, an Audelco Award winner, premiered on Broadway in 1978. The 1970s also saw Prof. Wesley embark on a motion picture career, penning screenplays for the motion pictures, Uptown Saturday Night (1974), Let’s Do It Again (Warner Bros., 1975), Native Son (1984) and Fast Forward (Columbia Pictures, 1985). Prof. Wesley’s teleplays include, Murder Without Motive (1991), Mandela And De Klerk (1997), and Bojangles (2000). He has also written episodes for the television series, Fallen Angels and 100 Centre Street. Prof. Wesley served as an Adjunct at the following institutions: Manhattanville College, Wesleyan University, Borough of Manhattan Community College and Rutgers University.

In the video below the husband wife team of Richard Wesley and Valerie Wilson Wesley are honored during the Harlem Book Fair Newark on April 28th 2012.