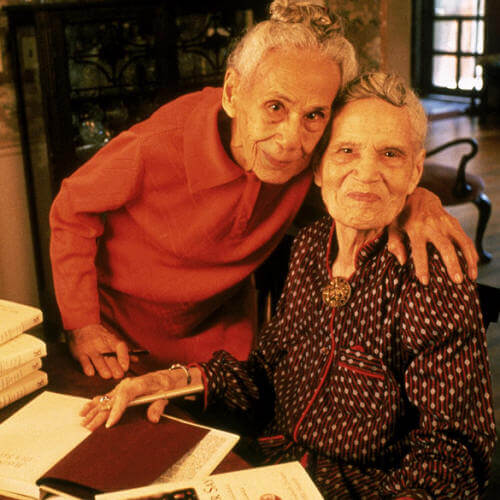 Sarah (Sadie) Delany, the last of the storied Delany sisters, died peacefully in her sleep at age 109 yesterday at her home in Mount Vernon, N.Y., spokesmen for her family said.

She was the oldest survivor of one of America’s most remarkable families, the daughter of a man who had been born a slave, and the first colored woman—the term she preferred—ever permitted to teach home economics in white New York City schools.

Miss Delany and her younger sister, Dr. A. Elizabeth (Bessie) Delany, were always celebrated in Harlem, where they lived and flourished from 1916 to 1957, after leaving their native Raleigh, N.C.

Dr. Delany, who received her doctorate in dental surgery from Columbia in 1923, was the second black woman licensed to practice dentistry in New York State. She had an office in Harlem and was known to thousands of people only as “Dr. Bessie.” She charged $2 for a cleaning and $5 for a silver filling and never raised her rates in 27 years of practice.

The sisters gained widespread fame after the publication in 1993 of a memoir they called Having Our Say; The Delany Sisters First 100 Years. They wrote it with Amy Hill Hearth as an oral history from their early days in the Jim Crow South to their arrival in New York City during the Harlem Renaissance to their life in a white suburb.

The book, now part of curriculums at hundreds of colleges and high schools, was on the New York Times hardcover best-seller list for 28 weeks and on the paperback list for 77 weeks. They followed it in 1995 with The Delany Sisters’ Book of Everyday Wisdom. Read Ms. Delany’s complete obituary at the New York Times.

1 Book by Sarah L. Delany and A. Elizabeth Delany 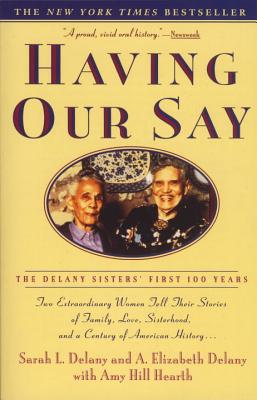