Tracy K. Smith is the author of four books of poetry, including Life on Mars, winner of the Pulitzer Prize. Such Color: New and Selected Poems will be published in October. She is also the editor of an anthology, American Journal: Fifty Poems for Our Time, and cotranslator (with Changtai Bi) of My Name Will Grow Wide Like a Tree: Selected Poems by Yi Lei. Smith’s memoir, Ordinary Light, was named a finalist for the National Book Award. From 2017 to 2019, Smith served two terms as the twenty-second Poet Laureate of the United States. She is currently a Chancellor of the Academy of American Poets.

John Freeman is the founder of Freeman’s, the literary annual of new writing, and executive editor at Alfred A. Knopf. The author of five books, including The Park and Dictionary of the Undoing, he has edited several other anthologies including Tales of Two Americas, a book about inequality in America, and Tales of Two Planets, which examines the climate crisis globally. He teaches at NYU. 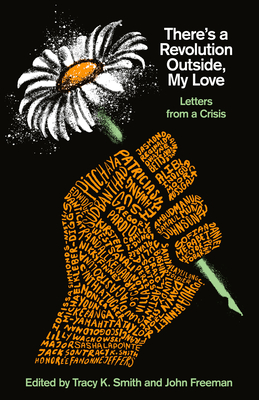 There’s a Revolution Outside, My Love