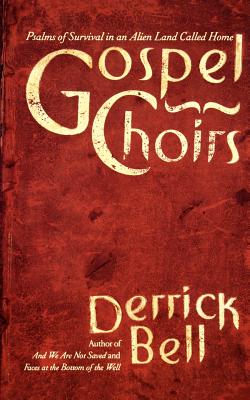 Read a Description of Gospel Choirs: Psalms Of Survival In An Alien Land Called Home

Book Description:
Through parables and essays, Derrick Bell offers an eloquent work of social commentary on the permanence of racism.?Gospel,” says Derrick Bell, ?and particularly the gospel choir at its best, echoes the tempos of the soul searching for God’s peace in the midst of a hostile world.”Just like the songs of a gospel choir, the pieces in this book give voice to the hardships faced by African Americans. Through allegorical stories and fictional encounters, dreams, and dialogues, it presents fresh perspectives on the different issues that concern Blacks, such as the message of The Bell Curve, the Contract with America, the media’s handling of Black men, and corporate greed’s responsibility for today’s rising ?White rage” and subsequent ?Black blame.” Despite their tough subjects, however, these stories resound with laughter and compassion and a continuing theme of Christian love. Ultimately, like the gospel songs, they offer African Americans hope and direction as they travel the racist world they inhabit. 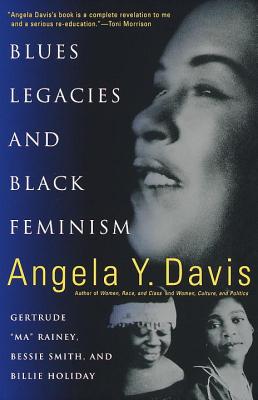 Book Description:
From one of this country’s most important intellectuals comes a brilliant analysis of the blues tradition that examines the careers of three crucial black women blues singers through a feminist lens. Angela Davis provides the historical, social, and political contexts with which to reinterpret the performances and lyrics of Gertrude "Ma" Rainey, Bessie Smith, and Billie Holiday as powerful articulations of an alternative consciousness profoundly at odds with mainstream American culture.

The works of Rainey, Smith, and Holiday have been largely misunderstood by critics. Overlooked, Davis shows, has been the way their candor and bravado laid the groundwork for an aesthetic that allowed for the celebration of social, moral, and sexual values outside the constraints imposed by middle-class respectability. Through meticulous transcriptions of all the extant lyrics of Rainey and Smithpublished here in their entirety for the first timeDavis demonstrates how the roots of the blues extend beyond a musical tradition to serve as a conciousness-raising vehicle for American social memory. A stunning, indispensable contribution to American history, as boldly insightful as the women Davis praises, Blues Legacies and Black Feminism is a triumph.

Book Description:
With the publication of Safari West, John A. Williams turns to poetry, his first love, while never straying from his exploration of the African-American experience and the issues he’s examined since writing The Angry Ones in 1960. The poems range in time from 1953’s "The Cool Ones" and "The Age of Bop" through 1997, reminiscent at times of Langston Hughes or Robert Hayden, but always John A. Williams: the observant, telling detail; the visceral image that plays off the measured meter and structured rhymes; the consistent and insistent voice that cries ’I am.’ Many of the poems included in Safari West appear here in print for the first time, including four, "Many Thousand Gone: Version 95," "John Brown," "Nat Turner’s Profession" and "Moremi," from the libretto of Williams’ opera, Vanqui. Safari West is a powerful collection of poetry, one of resonance, one of importance, from one of the great voices in African-American letters. John A. Williams and Safari West are winners of the 1998 American Book Award from the Before Columbus Foundation. 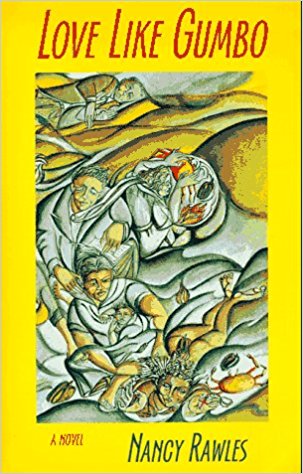 Love Like Gumbo (Fjord Discoveries, No 2)
by Nancy Rawles

Read a Description of Love Like Gumbo (Fjord Discoveries, No 2)

Book Description:
Amazon.com Review: Love Like Gumbo is a rich stew of family ties, budding lesbian sexuality, and Creole culture set in 1978 South Central L.A. This is Nancy Rawles’s first novel, and it bears the marks of her previous work as a playwright—crisp dialogue and characters portrayed more with gesture and movement than narrative. Protagonist Grace Broussard is a 20-year-old caught between the traditions of her Creole family and her love for her Mexican girlfriend. This warm, funny novel will appeal to women who question the relation between cultural tradition, family obligation, and an individual’s sexual choices.