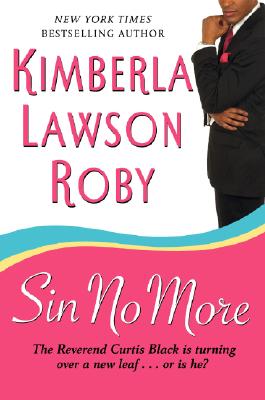 A man who once thrived on wickedness and counted on forgiveness, Curtis Black has changed his ways. Back in the heart of his congregation and his family, he will no longer stray from the beaten path. Or so he’s promised his long-suffering wife, Charlotte. But the sins of the past have strange ways of coming to light. First, Curtis’s former mistress shows up with their newborn baby daughter—named Curtina—and insists that Curtis be a part of their lives. Charlotte has forbidden her husband to have anything to do with them, but the trouble is, Curtis’s newfound conscience is leading him to have uncomfortable thoughts of responsibility. Also, the interim pastor who took over while Curtis was on a book tour is threatening blackmail. He’s gotten too used to life at the pulpit and will do everything in his power to stay there.Meanwhile, Charlotte has her own previous transgressions to deal with. The man who claims to be her son’s biological father has turned up and wants to make amends for the past thirteen years. If Charlotte gives in to his increasing requests, she may lose the only child she has left. However, Curtis and Charlotte have been through too much together to give up now. They must work harder than ever—as a mother and a father, as husband and wife—to save their family, their marriage, and their souls.

More books like Sin No More (Reverend Curtis Black #5) may be found by selecting the categories below: