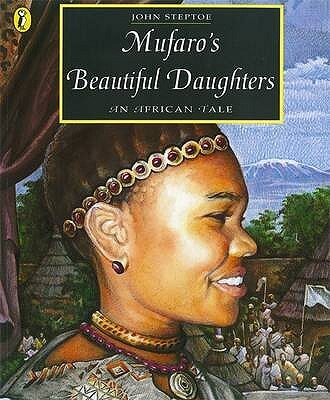 This is the tale of Mufaro’s two daughters, two beautiful girls who react in different ways to the king’s search for a wife - one is aggressive and selfish, the other kind and dignified. The king takes on disguises to learn the true nature of both girls and of course chooses Nyasha, the kind and generous daughter, to be his queen.

While all of Mr. Steptoe's work deals with aspects of the African American experience, Mufaro’s Beautiful Daughter was acknowledged by reviewers and critics as a breakthrough. Based on an African tale recorded in the 19th century, it required Mr. Steptoe for the first time to research African history and culture, awakening his pride in his African ancestry. Mr. Steptoe hoped that his books would lead children, especially African American children, to feel pride in their origins and in who they are.

More books like Mufaro’s Beautiful Daughters: An African Tale may be found by selecting the categories below: