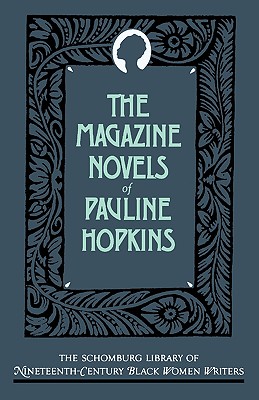 Paperback Description:
"Brilliant….It is not hard to imagine that, once her fiction is given the attention it deserves, Hopkins could replace Chestnutt as the foremost black novelist of the period."—Eric J. Sundquist in The New York Times Book Review
"The three novels published in the Schomburg Library for the first time since their appearance in The Colored American Magazine from 1901 to 1903 not only represent an early example of black people producing popular fiction for and about themselves, but extend the cultural and political discourse introduced in Harper’s novel [Iola Leroy]."—The Women’s Review of Books

More books like The Magazine Novels of Pauline Hopkins: (including Hagar’s Daughter, Winona, and of One Blood) may be found by selecting the categories below: