Mae West: An Icon In Black And White by Jill Watts 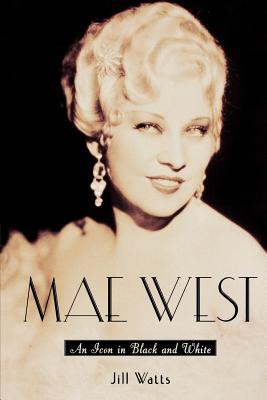 Mae West: An Icon In Black And White
by Jill Watts

Book Description:
"Why don’t you come up and see me sometime?" Mae West invited and promptly captured the imagination of generations. Even today, years after her death, the actress and author is still regarded as the pop archetype of sexual wantonness and ribald humor. But who was this saucy starlet, a woman who was controversial enough to be jailed, pursued by film censors and banned from the airwaves for the revolutionary content of her work, and yet would ascend to the status of film legend?
Sifting through previously untapped sources, author Jill Watts unravels the enigmatic life of Mae West, tracing her early years spent in the Brooklyn subculture of boxers and underworld figures, and follows her journey through burlesque, vaudeville, Broadway and, finally, Hollywood, where she quickly became one of the big screen’s most popular—and colorful—stars. Exploring West’s penchant for contradiction and her carefully perpetuated paradoxes, Watts convincingly argues that Mae West borrowed heavily from African American culture, music, dance and humor, creating a subversive voice for herself by which she artfully challenged society and its assumptions regarding race, class and gender. Viewing West as a trickster, Watts demonstrates that by appropriating for her character the black tradition of double-speak and "signifying," West also may have hinted at her own African-American ancestry and the phenomenon of a black woman passing for white.
This absolutely fascinating study is the first comprehensive, interpretive account of Mae West’s life and work. It reveals a beloved icon as a radically subversive artist consciously creating her own complex image.

More books like Mae West: An Icon In Black And White may be found by selecting the categories below: