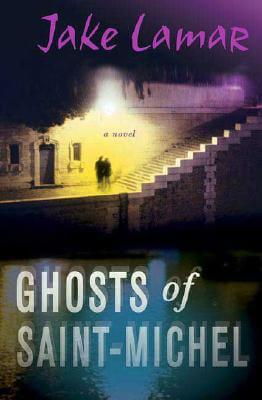 Ghosts of Saint-Michel
by Jake Lamar

Hardcover Description:
Marva Dobbs has a life most people would envy. An American who has lived in Paris for most of her adult life, she runs a popular African-American soul food restaurant, and her thirty-year marriage has produced a beautiful grown-up daughter. So why is she jeopardizing everything for a fling with her sous-chef, a mysterious twenty-eight-year-old Algerian man named Hassan?

Marva begins to ask herself the same question when she returns from summer vacation to find that Hassan is missing, and that he is the main suspect in the investigation into the bombing of a building in Paris that left one man dead. And then she disappears, leaving her bewildered daughter and secretive husband to put the pieces of the puzzle together.

Ghosts of Saint-Michel is the talented Jake Lamar’s second romantic thriller to be set in the bohemian Eighteenth Arrondissement of the City of Light.