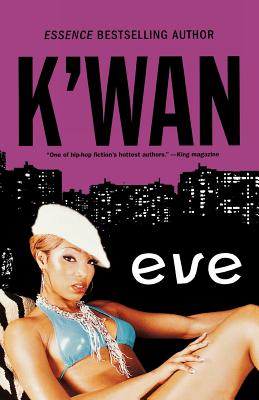 Eve: A Novel
by K’wan

Book Description:
The only family Eve Panelli has ever known is the infamous Twenty Gang. Orphaned as a small child, Eve quickly learned the art of the hustle, and by age seventeen she had spent two years in prison. But now Eve is eighteen, back on the streets of Harlem with her gang and up to one of her old tricks: strong-arm robbery. Despite her edge, she’s got a soft spot for Felon, the up-and-coming street king.Eve’s life takes a serious turn when the powerful DeNardi family, the city’s biggest drug supplier, tries to tighten its hold on Harlem. And when Eve’s best friend, Cassidy, is murdered in the crossfire, Eve seeks revenge?starting all the way at the top.