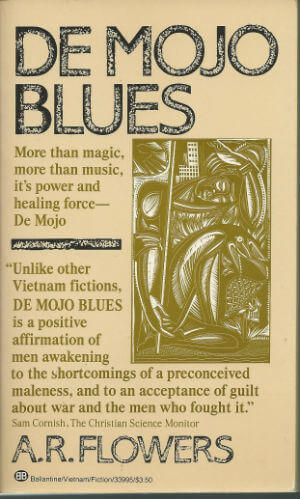 Three black soldiers are dishonorably discharged from the Vietnam War due to a mutinous fragging incident. They return home resolved to take on the world, but ambition and poverty begin to dissolve their precious brotherhoodo forged in the trenches of Southeast Asia. To counter this growing fragmentation, the hero prophet of the group, Tucept Highjohn, inspired by a set of mystical bones passed onto him by a dying brother in Vietnam, undergoes ‘hoodoo’ in his isolated house on stilts in a wilderness park in Memphis. His new self mastery enables him to relive his memories of Vietnam and to rally his ex companions in arms with a vision of the triumph of black people everywhere.

This rich first novel about the Vietnam inheritance of three black combat veterans, written in an original rhythmic prose, marks the debut of a gifted young black novelist.

More books like De Mojo Blues: De Quest of HighJohn de Conqueror may be found by selecting the categories below: