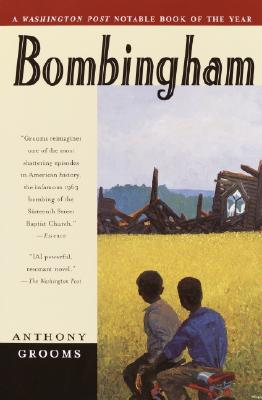 Paperback Description:
In his barracks, Walter Burke is trying to write a letter to the parents of a fallen soldier, an Alabama man who died in a muddy rice paddy. But all he can think of is his childhood friend Lamar, the friend with whom he first experienced the fury of violence, on the streets of Birmingham, at the height of the Civil Rights Movement. The juxtaposition is so powerful—between war-torn Vietnam and terror-filled “Bombingham”—that he is drawn back to the summer that would see his transition from childish wonder at the world to his certain knowledge of his place in it.

Walter and Lamar were always aware of the terms of segregation—the horrendous rules and stifling reality. Their paper route never took them to the white areas of town. But that year, everything exploded. And so did Walter’s family. As the great movement swelled around them, the Burkes faced tremendous obstacles of their own. From a tortured past lingered questions of faith, and a terrible family crisis found its climax as the city did the same. In the streets of Birmingham, ordinary citizens risked their lives to change America. And for Walter, the war was just beginning.

More books like Bombingham may be found by selecting the categories below: