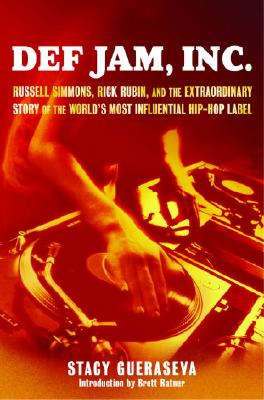 Book Description:
In the early 80s, the music industry wrote off hip-hop as a passing fad. Few could or would have predicted that the improvised raps and raw beats busting out of New York City’s urban underclass would one day become a multimillion-dollar business and one of music’s most lucrative genres.

Among those few were two visionaries: Russell Simmons, a young black man from Hollis, Queens, and Rick Rubin, a Jewish kid from Long Island. Though the two came from different backgrounds, their all-consuming passion for hip-hop brought them together. Soon they would revolutionize the music industry with their groundbreaking label, Def Jam Records.

Def Jam, Inc. traces the company’s incredible rise from the NYU dorm room of nineteen-year-old Rubin (where LL Cool J was discovered on a demo tape) to the powerhouse it is today; from financial struggles and scandals including The Beastie Boys’s departure from the label and Rubin’s and Simmons’s eventual parting to revealing anecdotes about artists like Slick Rick, Public Enemy, Foxy Brown, Jay-Z, and DMX.

Stacy Gueraseva, former editor in chief of Russell Simmons’s magazine, Oneworld, had access to the biggest players on the scene, and brings you real conversations and a behind-the-scenes look from a decade and a company that turned the music world upside down. She takes you back to New York in the 80s, when late-night spots such as Danceteria and Nell’s were burning with young, fresh rappers, and Simmons and Rubin had nothing but a hunch that they were on to something huge.

Far more than just a biography of the two men who made it happen, Def Jam, Inc. is a journey into the world of rap itself. Both an intriguing business history as well as a gritty narrative, here is the definitive book on Def Jam a must read for any fan of hip-hop as well as all popular-culture junkies.

More books like Def Jam, Inc. : Russell Simmons, Rick Rubin, and the Extraordinary Story of the World’s Most Influential Hip-Hop Label may be found by selecting the categories below: