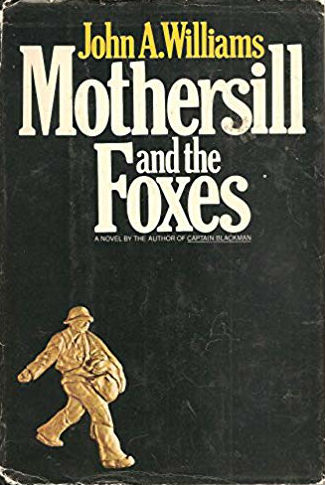 Mothersill and the Foxes
by John A. Williams

From the prolific author of Captain Blackman and The Man Who Cried I Am (to name but two) comes one of the more intelligent novels about a man’s relation to persons of the opposite sex.

For once, the central character, Odell Mothersill (welfare case worker risen via Ph.D., intelligence, and a bit of black tokenism to Peace Corps and finally OEO V.I.P.) is neither philanderer nor eternal loser — just an average promiscuous lover with short, medium, and long-term affairs which end, sometimes bitterly, usually not, as affairs (and marriages) will do. Although the finale (a May-September marriage) is perhaps somewhat simplistically euphoric, the rest is not — for his former loves continue to rupture even his intermittent idealized daydreams of them as they commit suicide, turn psychotic, or just go on with their lives. Odell is portrayed as a decent man, but no more so than his former partners — and a rather violent unpleasantness emerges in a rape scene with an ex-lover turned lesbian.