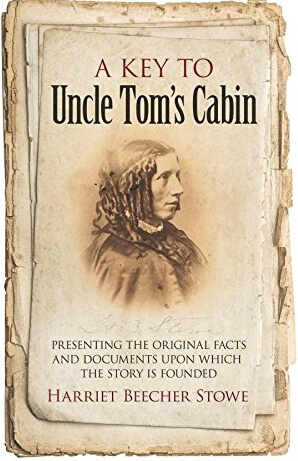 A Key to Uncle Tom’s Cabin: Presenting the Original Facts and Documents Upon Which the Story Is Founded
by Harriet Beecher Stowe

In 1852 Harriet Beecher Stowe published Uncle Tom’s Cabin, an instant classic that received overwhelming acclaim by Northerners and other abolitionist readers. Southerners, conversely, strongly denied the novel’s accuracy. The following year Stowe answered pro-slavery critics with this unique bestseller, a meticulous and thoughtful defense of her work, which cites real-life equivalents to her characters.

Southern readers were further incensed by this follow-up volume, their wrath in no small part inflamed by a Yankee woman’s presuming to tell men what to think. A critical aspect of Stowe’s Key is her critique of the law’ support of not only the institution of slavery but also the mistreatment of individual slaves. As in the original novel, her challenge extends beyond slavery to the law itself. American society’s first widely read political novel, Uncle Tom’This supplement to the novel offers valuable insights into a historical and literary landmark.

More books like A Key to Uncle Tom’s Cabin: Presenting the Original Facts and Documents Upon Which the Story Is Founded may be found by selecting the categories below: