I Am Not Your Negro: A Companion Edition to the Documentary Film
by James Baldwin and Raoul Peck

Learn about the Oscar-Nominated documentary film I Am Not Your Negro on James Baldwin’s unfinished manuscript entitled Remember This House.

To compose his stunning documentary film I Am Not Your Negro, acclaimed filmmaker Raoul Peck mined James Baldwin’s published and unpublished oeuvre, selecting passages from his books, essays, letters, notes, and interviews that are every bit as incisive and pertinent now as they have ever been. Weaving these texts together, Peck brilliantly imagines the book that Baldwin never wrote. In his final years, Baldwin had envisioned a book about his three assassinated friends, Medgar Evers, Malcolm X, and Martin Luther King. His deeply personal notes for the project have never been published before. Peck’s film uses them to jump through time, juxtaposing Baldwin’s private words with his public statements, in a blazing examination of the tragic history of race in America.

This edition contains more than 40 black-and-white images from the film. 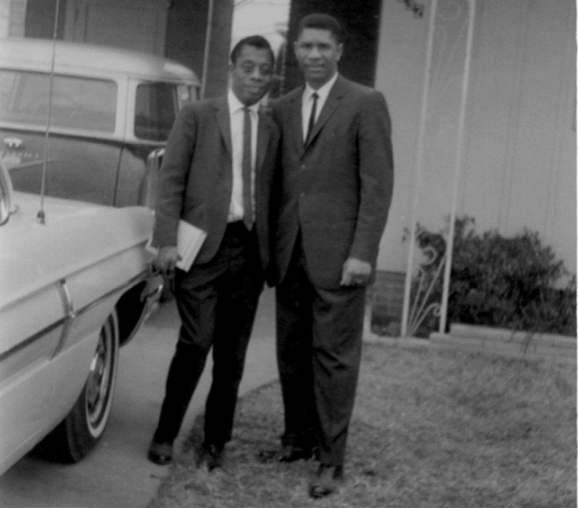 I watched two men, coming from unimaginably different backgrounds, whose positions, originally, were poles apart, driven closer and closer together.

By the time each died, their positions had become virtually the same position. It can be said, indeed, that Martin picked up Malcolm’s burden, articulated the vision which Malcolm had begun to see, and for which he paid with his life. And that Malcolm was one of the people Martin saw on the mountaintop.

Medgar was too young to have seen this happen, though he hoped for it, and would not have been surprised; but Medgar was murdered first. I was older than Medgar, Malcolm, and Martin. I was raised to believe that the eldest was supposed to be a model for the younger, and was, of course, expected to die first.

Not one of these three lived to be forty.

Excerpted from I Am Not Your Negro by James Baldwin and Raoul Peck. Copyright © 2017 by The James Baldwin Estate. All rights reserved. No part of this excerpt may be reproduced or reprinted without permission in writing from the publisher.

Books similiar to I Am Not Your Negro: A Companion Edition to the Documentary Film may be found in the categories below: