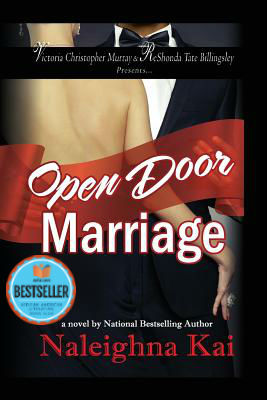 Reunited… A chance encounter lands NBA star Dallas Avery back in the arms of the woman of his dreams. A woman he hasn’t seen in years. A woman he soon discovers just so happens to be his fiancée’s aunt! But Dallas’ fiancee, Tori, isn’t ready to give up all that she’s worked for, so she makes him a shocking offer - go through with the wedding and she’ll still allow him to be with the one woman he now can’t seem to do without. Dallas will get a family, something her much older aunt, Alicia can’t give him. Tori will get the lifestyle she clamors. And Alicia will get the love she’s longed for all her life. Everyone will get a little of what they want… and maybe a whole lot of what they don’t. Be careful what you ask for… The details of the trio’s love life play out in the tabloids and on talk shows, making Dallas the center of an NBA scandal. And eventually, the doors slam shut on this open marriage and Dallas is forced to make a choice to end the chaos. But moving on is easier than it looks and by the time all is said and done, secrets will be revealed, passions will be extinguished, and everyone’s lives will be forever changed.

More books like Open Door Marriage may be found by selecting the categories below: