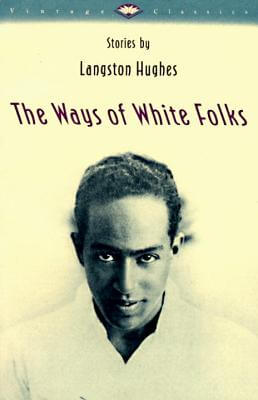 The Ways of White Folks: Stories
by Langston Hughes

From Sacred Fire
If you are not yet familiar with Langston Hughes, then his collection The Ways of White Folks (named in homage to Du Bois’s classic The Souls of Black Folk) is the perfect introduction to his mordant wit and unerring eye for detail and his sly and direct prose.

These stories move from poignant to funny, to seething with rage, often within a paragraph. And life, as it is painted here, is bleak and unchanging until death. Hughes’s characters inhabit a world where people are mean because they can be, and where hard work is all that is guaranteed; these were the harsh realities for blacks in America in the twenties and thirties. If, as Du Bois contended in his book, "the problem of the twentieth century is the problem of the color line," this collection allows Hughes to illustrate that point time and again. He demonstrates to white readers what he and his black readers knew: "White folks is white folks, South or North, North or South." This is the concept he used to structure his seemingly mundane yet tragic tales.

"Cora Unashamed" reveals how lifelong servitude can render the servant almost invisible, even to herself. In "Passing," a mixed-race black passes for white, forever denying his race and family: "I felt like a dog, passing you downtown last night and not speaking to you. You were great, though, didn’t give a sign that you even knew me, let alone that I was your son."

From North to South, light to dark, prosperous to dirt poor, all the stories are bound together and made powerful by the fact that they were all regular occurrences at that time in the United States. Within his simple stories, Hughes offered a barbed and trenchant analysis of white behavior and black behavior. Like his poems, the cruel accuracy of The Ways of White Folks is a reminder to Americans of some hard truths about the ridiculous and tragic ways skin color warps our lives.

Books similiar to The Ways of White Folks: Stories may be found in the categories below: