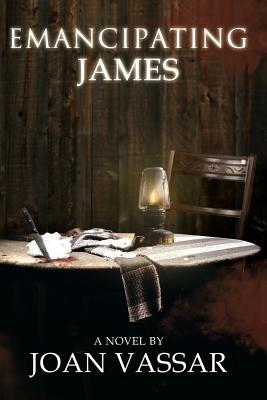 Book Description:
In this compelling third saga of the Black series, Joan Vassar returns to Upper Canada 1862. While on a mission with the legendary Black, James comes face to face with a dark beauty enslaved on the Mickerson plantation. Freedom and love are within his grasp, until ill-fated circumstances separate the two. When he is severely wounded in a violent uprising, James’ life is forever changed. Scarred, both physically and emotionally, he tries to put behind him the failures of the last year. When life at the fort is threatened, James and his brothers are called upon for a dangerous mission that could jeopardize their hard-earned freedom. The men embark on a treacherous journey that will take them to the Union Capital and then on to their final stop: The Hunter plantation, where bitter enemies and reckonings await payment. As the men follow a path of murder and intrigue, who will live and who will die remains to be seen. Emancipating James reveals the complicated facets of the human soul exposed against the backdrops of Civil War, slavery, and romance.

More books like Emancipating James (Black Series #3) may be found by selecting the categories below: