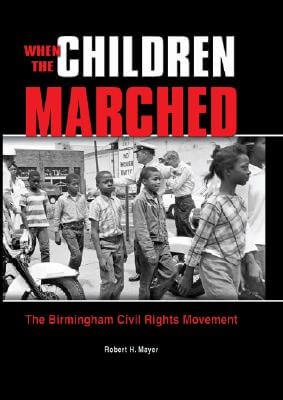 Book Description:
Referred to as the “most segregated city in America,” Birmingham, Alabama, became a hotbed for civil rights activity in the early 1960s. Great African-American leaders, including Dr. Martin Luther King, Jr. and the Reverend Fred Shuttlesworth, helped lead the civil rights movement in the city. In Birmingham, African-American youth marched, sang, and spoke out against segregation. Although they faced police dogs and fire hoses, they offered non-violent resistance and did not back down. WHEN THE CHILDREN MARCHED explores the civil rights leaders who organized the movement and the brave children and teens at the heart of the fight.

More books like When the Children Marched: The Birmingham Civil Rights Movement (Prime) may be found by selecting the categories below:

Tell us what do you think about When the Children Marched: The Birmingham Civil Rights Movement (Prime).