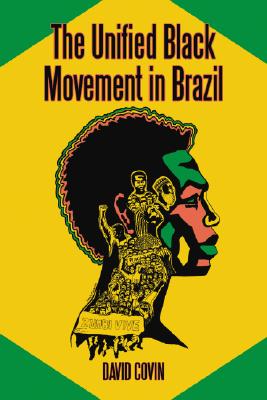 Book Description:
Brazil in the late 1970s was a country of racial tension and inequality. During this time, a number of independent Black organizations sprang up from older roots, giving the black population a place to create, develop and share narratives about life in Brazil. Within these organizations, they developed a sense of racial consciousness that gave rise to the Movimento Negro Unificado (MNU) in 1979. The MNU, or Unified Black Movement, created an outlet for racial grievances and gave a voice to those previously unheard. This intensive historical study of Brazil’s Movimento Negro Unificado centers on the political effects and ramifications of the group. In order to present a complete picture of the MNU, it looks at the organization within four separate contexts: international, national, historical and human. Through this approach, the MNU is examined in relation to the African Diaspora, the European colonization of the Americas, the Atlantic Slave Trade, and the development of Brazil as an independent state. From a national perspective, the MNU is viewed amid other social organizations and cultural expressions. The result is a detailed study that admits the organization’s shortcomings but assesses them contextually, providing a more complete and nuanced understanding of the significance of the MNU’s problems and achievements. Appendices offer additional information such as the MNU Letter of Principles, the Constitution of the MNU, the preamble to the MNU Action Program and the MNU Hymn. A glossary is also included.

More books like Unified Black Movement In Brazil, 1978-2002 may be found by selecting the categories below: