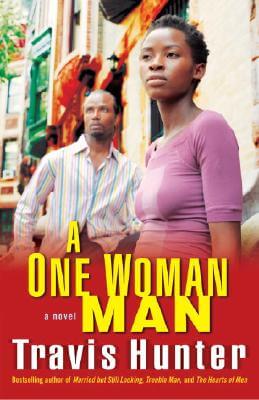 A One Woman Man: A Novel (Strivers Row)
by Travis Hunter

Book Description:
Bestselling author Travis Hunter returns with a stunning new novel about family, success, and just how far a man will go to protect those he loves.

Dallas Dupree is a one woman man. A handsome and successful teacher, he is both worshipped and envied in his Atlanta neighborhood and chooses to live and raise his daughter, Aja, in the ghetto where he grew up rather than desert his roots. The only problem is that the one woman for him—his beloved Yasmin—passed away giving birth to his daughter. Now Dallas struggles through a string of empty relationships, unable to commit his heart because no woman can measure up to Yasmin. However, when Dallas plays with the wrong woman, he finds the consequences may cost him much more than he can afford.

Dallas’s sister Carmen has issues of her own. All of her life she has struggled with a weight problem that had caused a lack of self esteem. Now she is an affluent doctor who lives in the suburbs with her handsome new husband, Sterling. When a family crisis forces her to take in her wayward niece, she realizes that the picture perfect world she worked so hard to create is an illusion.

Their older brother, Priest, is pretty secretive about how he makes his money—and he does make a lot of it. He has been a father figure to both Dallas and Carmen, but now that they are all grown up, they want nothing to do with their shady older brother. But when Dallas and Carmen are in trouble, they turn to the one person who has always been there for them—and learn there is more to Priest than meets the eye.

More books like A One Woman Man: A Novel (Strivers Row) may be found by selecting the categories below: