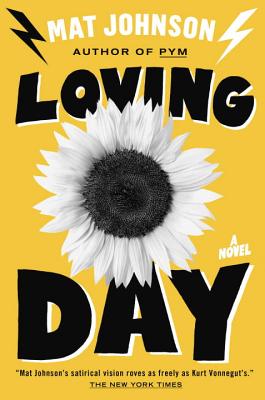 Book Description:
Named one of the Best Books of the Year by the San Francisco Chronicle • NPR • Men’s Journal • The Denver Post • Slate • Time Out New York

“Incisive . . . razor-sharp . . . that rare m lange: cerebral comedy with pathos. The vitality of our narrator deserves much of the credit for that. He has the neurotic bawdiness of Philip Roth’s Alexander Portnoy; the keen, caustic eye of Bob Jones in Chester Himes’s If He Hollers Let Him Go; the existential insight of Ellison’s Invisible Man.”—The New York Times Book Review

“Exceptional . . . To say that Loving Day is a book about race is like saying Moby-Dick is a book about whales. . . . [Mat Johnson’s] unrelenting examination of blackness, whiteness and everything in between is handled with ruthless candor and riotous humor. . . . Even when the novel’s family strife and racial politics are at peak intensity, Johnson’s comic timing is impeccable.”—Los Angeles Times

“Loving Day is about being blackish in America, a subject about which Johnson has emerged as satirist, historian, spy, social media trickster (follow him on Twitter) and demon-fingered blues guitarist. . . . Johnson, at his best, is a powerful comic observer [and] a gifted writer, always worth reading on the topics of race and privilege.’”—Dwight Garner, The New York Times

More books like Loving Day: A Novel may be found by selecting the categories below: