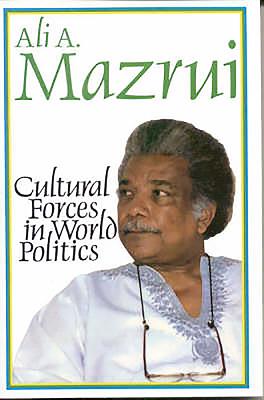 Book Description:
Mazrui delights in dualism and dichotomy, in pairs and parallels, and the paradoxes thereof. Bringing the south’s point of view to the north, the east’s to the west, and in return showing how the north and west’s standpoint and behaviour have been culturally conditioned may begin to loosen hidebound beliefs. A book that makes one think... - Bob Marshall in THE BOOKSELLER ... presents an alternative view of the world that does not see Europe or America as the only players in world affairs. - Rosalinde Yarde in THE TIMES HIGHER EDUCATIONAL SUPPLEMENT Himself a cultural mongrel (he is an Afro-Asiatic westerner) Mazrui is, perhaps, better placed than any of us to use Afro-Islamic and Judeo-western prisms to discern the cultural forces that are at work in world politics. - William R. Ochieng’ in THE WEEKLY REVIEW, Nairobi This is an erudite, encyclopedic and provocative essay. - Andre J. Pierre in FOREIGN AFFAIRS

More books like Cultural Forces in World Politics may be found by selecting the categories below:

Tell us what do you think about Cultural Forces in World Politics.