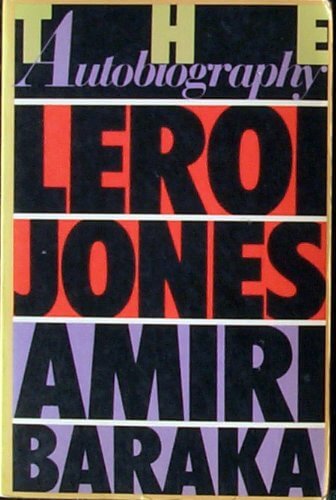 The Autobiography Of Leroi Jones
by Amiri Baraka

Paperback Description:
The complete autobiography of a literary legend. Poet, dramatist, novelist, critic, teacher, and political activist Amiri Baraka, born LeRoi Jones, vividly recounts his crusading role in African American literature. A driving force behind the Black Arts Movement, the prolific Baraka retells his experiences from his participation in avant-garde literature after World War II and his role in Black nationalism after the assassination of Malcolm X to his conversion to Islam and his commitments to an international socialist vision. When The Autobiography of LeRoi Jones was first published in 1984, the publisher made substantial cuts in the copy. Under the careful direction of the author, the book has been restored to its original form. This is the first complete and unexpurgated version of Baraka’s life and work.