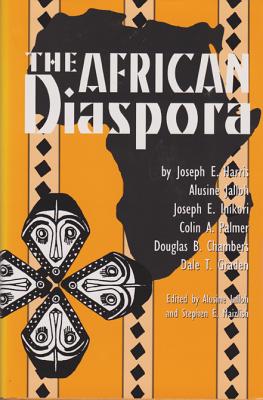 Paperback Description:
As Africans and descendants of slaves have sought to expand an understanding of their history, focus on the African diaspora—the global dispersal of a people and their culture—has increased. African studies have assumed a prominent place in historical scholarship, and a growing number of non-African scholars has helped revise a discipline established over several decades.

The six contributions in this volume were compiled as a result of the thirtieth Walter Prescott Webb Memorial Lecture held at the University of Texas at Arlington. The contributors, nationally recognized in the field, represent a collaborative analysis of the African diaspora from African and non-African perspectives.

Joseph E. Harris discusses how the African diaspora influences the economies, politics, and social dynamics of both the homeland and the host country. Alusine Jalloh reconstructs the mercantile activities of the Fula in colonial Sierra Leone.

Douglas B. Chambers reveals the enduring influence of Africanisms in the historical development of Afro-Virginian slave culture. And Dale T. Graden looks at African slavery in Salvador, Bahia, Brazil between 1848 and 1856, focusing on the Bahian elite and their response to slave resistance.

More books like African Diaspora may be found by selecting the categories below: