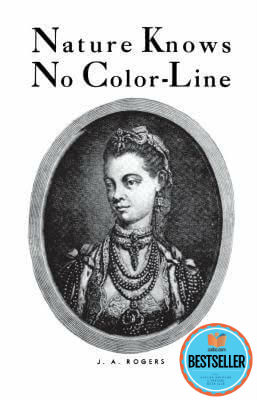 Nature Knows No Color-Line: Research Into The Negro Ancestry In The White Race
by J. A. Rogers

Book Description:
In Nature Knows No Color-Line, originally published in 1952, historian Joel Augustus Rogers examines the origins of racial hierarchy and the color problem. Rogers was a humanist who believed that there were no scientifically evident racial divisions—all humans belong to one “race.” He believed that color prejudice generally evolved from issues of domination and power between two physiologically different groups. According to Rogers, color prejudice was then used a rationale for domination, subjugation and warfare. Societies developed myths and prejudices in order to pursue their own interests at the expense of other groups. This book argues that many instances of the contributions of black people had been left out of the history books, and gives many examples.