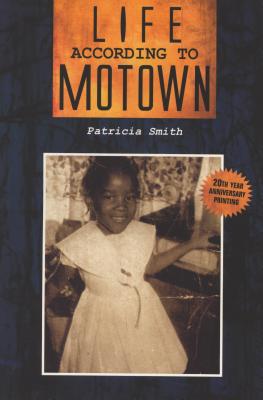 Life According To Motown
by Patricia Smith

Paperback Description:
In the 1960s, the live of black children were shaped by the glittery specter of Motown—a world of furious flash, undeniable glamour, and impossible romantic ideals. Some discovered the truth before it was too late. Others still drape their blues in the silken sounds, swirling in dimly-lit rooms in an endless, blinding slow dance.

Patricia Smith, born and raised on Chicago’s West Side, grew and thrived on the bright promise of Motown. Life According to Motown, the new collection by the five-time champion of Chicago’s famous Uptown Poetry Slam, recounts in vivid imagery the lessons taught by and learned from Motown, as well as a thrilling collection of new works.