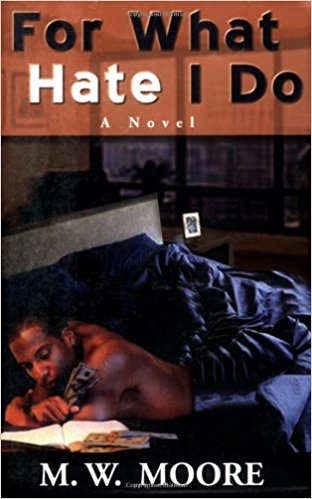 For What I Hate I Do
by M.W. Moore

Book Description:
For What I Hate I Do is a stunning yet fact-based fictional look at the abysmal and catastrophic lifestyle of protagonist Miguel Morris, an NCAA track and field champion whose sexual addictions (underscored by chemical abuse), send him on a downward spiral and bring so much hell on earth that it endangers himself and others. Endorsements, college, money and marriage are lost, marred by bad decisions and unsavory acquaintances, such as those who recruit him to become a sexual predator. Miguel feels betrayed by men and begins victimizing hoodlums and prostitutes. Ultimately, a shocking criminal element evolves that stirs a police and media frenzy for the former model and NCAA track and field champion who trades the opportunity to earn Olympic gold for silver handcuffs instead. Once while seeking redemption, he relapses and completely compromises his Baptist morals by becoming an exotic dancer. A single biblical verse in Roman captures Miguel’s struggles: For What I Hate I Do, which paraphrased means, I really want to do what is right, but I don’t do it. Instead, I do the very thing I hate.