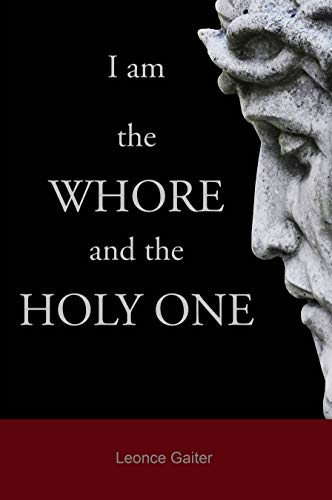 I am the Whore and the Holy One
by Leonce Gaiter

A priest learns that to serve both his God and mankind, he must betray his faith.In 1995, the gruesome death of Father Alex Shipman, a young Catholic priest who was also the scion of a wealthy, internationally (in)famous political family, leads an investigator to truths the priest uncovered that could shatter-or redeem-the faith of millions. Father Alex Shipman’s fall to his gruesome death in a grand, old LA cathedral creates an instant sensation—the talk of every morning news shows coast-to-coast.To fight the suspiciously immediate rumors of suicide from Church officials, Amanda, the Shipman family matriarch, hires a high-profile investigator to find the truth.

Sam Youngblood is a Harvard educated black lawyer facing his own crisis of faith as he recovers from the death of his partner. Sam soon discovers that Father Alex Shipman was an uncommon priest. Gay and not celibate, he was devoted to the Faith, while his views on Church doctrine skirted the what many considered the blasphemous.

Shipman immersed himself in the discovery and study of ancient biblical texts. Across decades and continents, he had tracked a trove that astounded him. They purported to be the original text of the Book of Mark, to tell the true life of Christ—a blasphemer who played the role of Messiah, though just a man, in a desperate attempt herald the Kingdom on earth as foretold in scripture. It was a Kingdom in which he fervently believed, and one that, having damned his soul to impersonate a God and so do God’s will, he would never enter.

Alex Shipman believed this new Christ could lead men to a deeper faith, despite smashing to dust all that most Christians held dear. The Church is equally determined that the facts of Shipman’s death, and knowledge he searched from Cairo to the Netherlands to uncover, stay buried forever. Sam must discover if they went to ungodly lengths to make that happen.