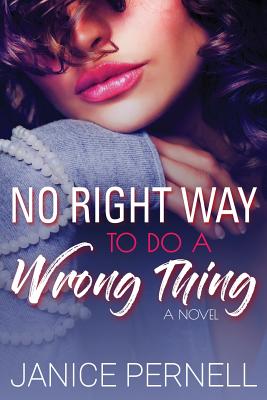 No Right Way to Do a Wrong Thing
by Janice Pernell

Book Description:
Val Timmons lost one knight in shining armor and thought she’d found another. But after she married Kurt, she found that she’d landed a rusty tin man instead. She’d given up all hopes of ever finding happily ever after, especially when he kept postponing her dream of having a child. When his pregnant mistress showed up at the door, Val soon learned that Kurt was set to have the family she’d always wanted—just not with her.Making things more complicated, Val found a way—without her husband’s cooperation—to conceive the baby she felt she deserved. All that took place while Kurt was buying himself time to right his own wrongs before they came to light and caused him to lose his wife altogether.But pointing the finger at his mistakes is not a luxury Val can afford. She also has something to hide, and they will both learn one valuable lesson: there’s no right way to do a wrong thing.

More books like No Right Way to Do a Wrong Thing may be found by selecting the categories below: