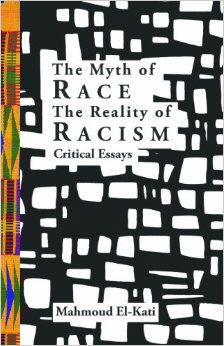 The Myth Of Race/The Reality Of Racism: Critical Essays
by Mahmoud El-Kati

Read Our Review of The Myth Of Race/The Reality Of Racism: Critical Essays

Paperback Description:
There is an Ashanti proverb that says If you know the beginning well, the end won t trouble you. In this 20th anniversary release of Mahmoud El-Kati s The Myth of Race The Reality of Racism, he poses his thesis on the concept of race and the impact of racism. In this second edition, El-Kati adds several key essays addressing ideas that are often confusing to many such as nationality, culture and ways to address man s most dangerous myth - race. His critical analysis of race, racism and the doctrine of white supremacy provide profound insight into the destruction caused to human dignity and the impact on society s growth. Mahmoud El-Kati, a historian who taught at Macalester College and the University of Minnesota, lays down the fundamental construct and history of race. He eloquently sheds light on the pseudoscientific underpinnings that has been built into the fabric of this nation - the United States of America. El-Kati warns that the lack of social justice for the U.S. s second oldest population - people of African descent - is the Achilles heel of this great nation. As a former Facing Race Ambassador Award recipient from the St. Paul Foundation, Professor El-Kati’s book, The Myth of Race The Reality of Racism is intended to be a teaching tool for social justice, community dialogue, and the education of our youth. Reverend Alfred Babington-Johnson, CEO of the Stairstep Foundation has written the Foreword and Professor John S. Wright, Morse-Amoco Distinguished Teaching Professor of African American Studies and English at the University of Minnesota has written the Introduction to this edition.Professor El-Kati has also authored the following publications: Politically Considered: 50th Commemoration of the Supreme Court Decision of 1954, The Hiptionary: A Survey of African American Speech Patterns with Critical Commentary and A Digest of Key Words and Phrases and Haiti: The Hidden Truth. Please visit at mahmoudelkati to learn more about the inspiring work and writings of Mahmoud El-Kati.