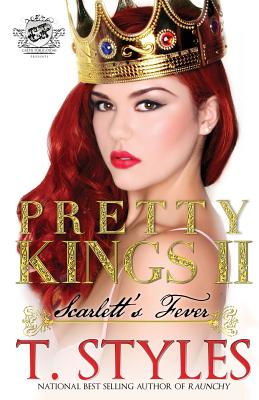 Book Description:
The Pretty Kings you love are back but they are not alone. The Kennedy Kings have resurfaced only to learn that the women they married are not the same. Scarlett and Camp Kennedy continue to have marital problems. Although their troubles stem from past physical abuse on Scarletts part, their issues are magnified now that she has Ngozi, her mysterious new love interest. With all of her troubles and her new baby, Scarletts emotional stability plummets. Bambi and Kevin Kennedy try to put the pieces of their marriage back together although the scars of infidelity and secrets of betrayal linger in the air. The first thing he wants to know is what happened to his beloved aunt Bunny. Add to that the fact that he has to deal with feeling emasculated now that his wife is running the Kennedy King Empire. Denim and Bradley Kennedy seem to have not missed a beat in their marriage. However, Denims mother, Sarah and her heroin addicted sister Grainger continue to ravel Denims happy home. When Bradley makes a single mistake in defense of his family everything in their lives change for the worst. Race and Ramirez Kennedy are back together and thanks to Carey, their vixen love toy, their sex life could not be steamier. Before long Race discovers that shes having a hard time figuring out her place in the trio. Operating as muscle for the Pretty Kings Empire is not the only thing she wants to control. As the Kennedy family struggle to put their lives in order, drama, turmoil and tragedy meet them at every corner. Will they come out as a whole or is it curtains for the empire?

More books like Pretty Kings 2: Scarlett’s Fever may be found by selecting the categories below: