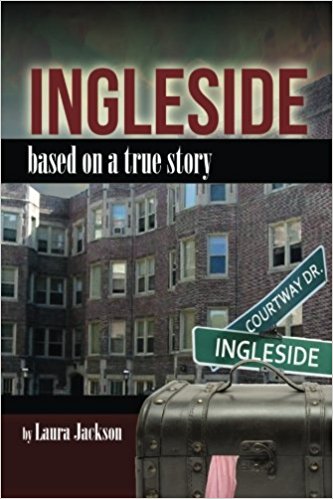 Ingleside: Based on a True Story
by Laura Jackson

Read Our Review of Ingleside: Based on a True Story

Book Description:
I was young and na ve when I invested in a run-down courtyard building on Ingleside Street. My hopes for rehabbing Ingleside weren’t the only thing I was na ve about. At the time I was totally convinced that parents would do whatever it took to keep their children safe. It was 1988. I had not yet been introduced to filicide…the murder of ones’ own children. It took me a year to let go of my financial investment in Ingleside. It took me two decades to admit that I was never going to let go of my burning desire to find out what madness existed inside apartment 3W. What rage festered behind those walls that caused those tenants to murder two, maybe three, of their toddlers and conceal their corpses for four years before discovery? What unspeakable secrets had to be kept for their cover-up to last so long? What meticulous care of the decomposing bodies had to be skillfully practiced to contain the stench of death inside apartment 3W? After 20 years of wondering, I decided the only way I would ever be done with that house of horror would be to talk to those convicted of the murders.