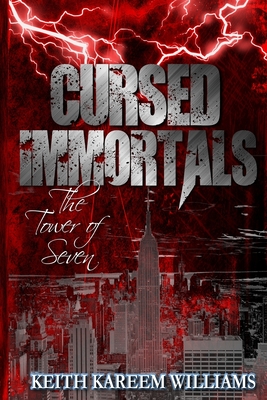 Cursed Immortals: The Tower of Seven
by Keith Kareem Williams

Book Description:
"Godling" is what the elders called him, as an insult and as a reminder that they did not truly believe that he belonged among them. He represented something new and something for the fearless to fear. There were other names besides godling that he had been branded with against his will. In hushed voices, fearful false gods referred to him as The Bastard King, The Sword of the Faithless, The Heathen’s Scythe, and The Savage Reaper but his favorite was still plain "Seven" because it was the number of so-called immortals he had killed to become immortal himself.

More books like Cursed Immortals: The Tower of Seven may be found by selecting the categories below:

Tell us what do you think about Cursed Immortals: The Tower of Seven.