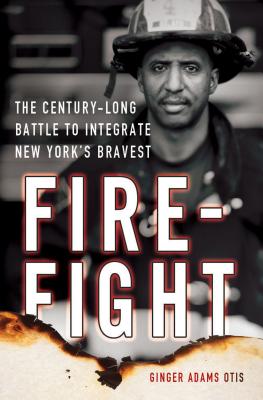 Hardcover Description:
In 1919, when Wesley Williams became a New York City firefighter, he stepped into a world that was 100% white and predominantly Irish. As far as this city knew, black men in the Fire Department of New York (FDNY) tended horses.Nearly a century later, many things in the FDNY had changed?but not the scarcity of blacks. New York had about 300 black firefighters?roughly 3 percent of the 11,000 New York firefighters in a city of two million African Americans. That made the FDNY a true aberration compared to all the other uniformed departments, like the NYPD. Decades earlier, women and blacks had sued over its hiring practices and won. But the FDNY never took permanent steps to eradicate the inequities, which led to a courtroom show-down between New York City’s billionaire Mayor, Mike Bloomberg, and a determined group of black activist firefighters. It was not until 2014 that the city settled the $98 million lawsuit.At the center of this book are stories of courage?about firefighters risking their lives in the line of duty but also risking their livelihood by battling an unjust system. Among them: FDNY Captain Paul Washington, a second generation black firefighter, who spent his multi-decade career fighting to get minorities on the job. He faced an insular culture made up of relatives who never saw their own inclusion as favoritism.Based on author Ginger Adams Otis’ years of on the ground reporting, Firefight is an exciting blend of the high-octane energy of firefighting and critical Civil Rights history.

More books like Firefight: The Century-Long Battle to Integrate New York’s Bravest may be found by selecting the categories below: