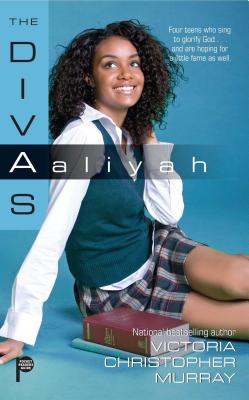 Book Description:
Diamond, India, Veronique, and Aaliyah are fifteen-year-old high school sophomores on their way to becoming the hottest new group to hit gospel music—The Divas. That is, if they win the team talent competition. Now, the fourth book in the series follows Aaliyah, as she comes face to face with a secret from her past..

Straight-A student and “brainiac” of the group, Aaliyah is an only child living with her father, the deputy Chief of Police in Los Angeles. Even though Aaliyah isn’t interested in singing, she’s shown a remarkable, natural talent since childhood. It takes a bit of persuading to get Aaliyah to be a part of the Divas, but she gives in, and joins the group to be close to her friends. During one of their rehearsals, the girls hear a song by Zena, a successful African American singer. All the other girls are inspired and imagine themselves being as successful one day—except for Aaliyah, who turns off the CD and grumbles that they can find a better role model. Then, when Aaliyah learns that Zena will be attending their performance—accompanied by her father—her whole world comes crashing down. And all of her friends, who’d been told that Aaliyah’s mother died when she was a baby, suddenly realize where her natural singing ability came from .

More books like Aaliyah (The Divas) may be found by selecting the categories below:

Tell us what do you think about Aaliyah (The Divas).