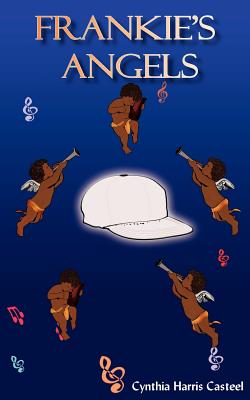 Book Description:
Frankie’s Angels will become the next "Waiting to Exhale". This one comes with a Maze Concert. Cynthia Harris Casteel tells the story of five women who call themselves "Frankie’s Angels". Their love for Frankie Beverly and Maze has helped them endure the joys and pains of life. They discovered their common denominator on the Maze website and now they are on their way to Washington D.C. to meet at the first Angel Convention and a Maze concert. Some are actually expecting a surprise visit by Mr. Beverly. Before they get to the convention and concert, their life stories are revealed. The reader gets to understand why a Maze Concert is a necessity for these ladies. Frankie’s Angels are deeply in need of a spiritual healing and only Maze featuring Frankie Beverly can be the "fix". Although this work is fiction, Cynthia incorporates real facts about their favorite singer, Frankie Beverly. The reader gets a taste of facts mixed with a toss of fiction. Your imagination will take you along with them to a Maze concert. If you have never attended a Maze concert, this book will take you there and if you have had the fortune of attending a Maze concert, you’ll understand exactly what they feel. Though the name "Frankie’s Angels" gives the angels an angelic tone, you’ll be shocked to know the real deal about some of the angels from their past to the present. Come meet, Candice, Tish, Twana, Mozelle and Ernestine….divine messengers of light. Be prepared to laugh and cry as you travel on the wings of "Frankie’s Angels". Happy Feelings!

More books like Frankie’s Angels may be found by selecting the categories below: