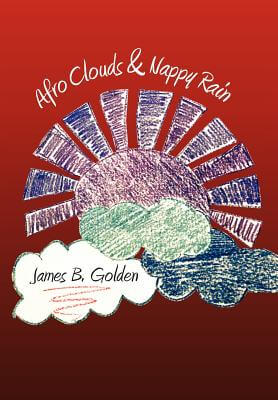 Book Description:In his second book, Afro Clouds & Nappy Rain, James B. Golden introduces the world to Curtis Brown, a troubled teen struggling with growing up Black and male in America. The collection was composed over several seasons that Golden worked in a rehabilitation setting with boys like Curtis. The poems speak of the emotional warfare many young men experience beneath their rough exterior. Golden sprinkled these poems with vulnerability, while remaining expressly frank about depression, hopelessness, fatherlessness, abandonment and rape. His voice is poignantly explicit and stripped of sweetener, but understanding and stimulating as well.With titles like ""The Night You Had Sex With My Journal"", ""Rotten Diamonds On Th e Inside"", and ""Letter No. 5 To An Absent Mother"", he gives us grand images and comic relief. Welcome to the world of Curtis Brown.

More books like Afro Clouds & Nappy Rain: The Curtis Brown Poems may be found by selecting the categories below:

Tell us what do you think about Afro Clouds & Nappy Rain: The Curtis Brown Poems.