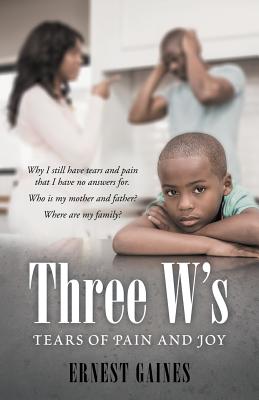 Three W’s: Tears of Pain and Joy
by Ernest Gaines

I do not know where or who is my earthly father, but I do know that my heavenly Father is always there with me.

Ernest Gaines, a sixth-generation sharecropper born in Louisiana in the 1950s, recalls a forgotten way of life in this memoir focusing on his boyhood and adolescence.

Growing up, he had few if any toys, but he had lots of fun running, hiding, and laughing with his friends while old people chatted in church. They wanted to be left alone, but they would give the youngsters peanut butter and jelly sandwiches, watermelon, and popcorn balls.

When his father asked him to do something, he went ahead and did it-he knew that is what he was supposed to do. Life was hard, but each moment made him stronger, which became helpful when he moved to California.

In this memoir, the author recalls the struggles he and his family faced and expresses his thanks for those that taught him to be a man-even if they didn’t make it easy.

More books like Three W’s: Tears of Pain and Joy may be found by selecting the categories below:

Tell us what do you think about Three W’s: Tears of Pain and Joy.