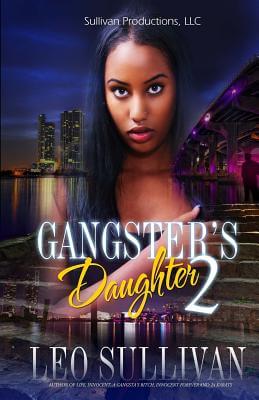 A Gangster’s Daughter 2
by Leo Sullivan

The urban classic continues as 17-year-old Kadisha Spencer finds herself entangled in a vicious web of murder, larceny, and intrigue as a host of enemies plot her demise. The precious possession of her father’s safe is finally opened; inside she discovers a Pandora’s Box of clues that hint to her father’s whereabouts. Is he still alive? With no other choice, as a gangster’s daughter, she takes the helm of her father’s lucrative drug empire and sets off to avenge her family’s murders in search of the truth. Through it all, she hopes that her father may still be alive? Things quickly take a turn for the worse when a confidential informant, someone close to Kadisha, agrees to work with the police and testify against her to bring her down. Out of fear and in instinctive survival mode, she lashes out, killing the one person that has always been dear to her as the police build a case against her. Will Kadisha survive the onslaught of truthfulness or become a victim of the ghetto? The Gangster’s Daughter saga continues…

More books like A Gangster's Daughter 2 may be found by selecting the categories below:

Tell us what do you think about A Gangster's Daughter 2.