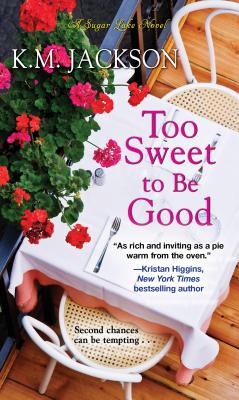 Too Sweet to Be Good
by K.M. Jackson

Mass Market Paperback Description:A native New Yorker, K.M. Jackson spent her formative years on the ’A’ train where she had two dreams: 1) to be a fashion designer, and 2) to be a writer. After spending over ten years designing women’s sportswear for various fashion houses this self-proclaimed former fashionista took the leap of faith and decided to pursue her other dream of being a writer. K.M.’s self-published novel Bounce won the Golden Leaf Award for best novel with strong romance elements from the New Jersey chapter of Romance Writers of America. She was also named Author of the Year by the New York Chapter of Romance Writers of America. A mother of twins, K.M. currently lives in a suburb of New York with her husband, family, and a precocious terrier named Jack that keeps them all on their toes. When not writing she can be found on Twitter @kwanawrites, on Facebook at KMJacksonAuthor, and on her website at KMJackson.com.

More books like Too Sweet to Be Good may be found by selecting the categories below: