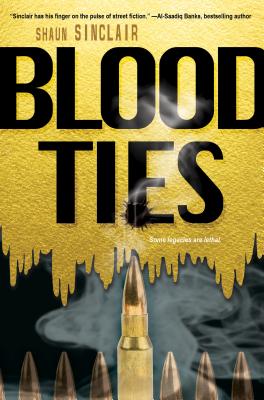 Strong, loving father. Hard-working loyal son. They are the best hit men in the business. But one woman’s revenge will put the ultimate target on their backs… Trained to be a Special Forces killer, Leader came back from his tours of duty broke—and near-broken. So when the streets came calling, he rose from ruthless hood enforcer to a powerful international cartel’s most feared "cleaner." And when tragedy hit home, his sensitive son, Justus, turned out to be a natural assassin—and unshakably loyal to his father. Together they are an unstoppable team who leave no trace behind… . Until a mysterious woman from nowhere begins working Leader’s deep-hidden weaknesses. Slowly, she’s exploding all his secrets and turning Justus’ devotion into a weapon. Now, with father and son gunning for each other, survival is down to sheer killer instinct, nothing left to lose—and shattering betrayal only family can deliver… "Sinclair’s latest, a hard-edged novel with memorable characters, shows that loyalty and destiny are not always related to blood ties." —Booklist

More books like Blood Ties may be found by selecting the categories below: