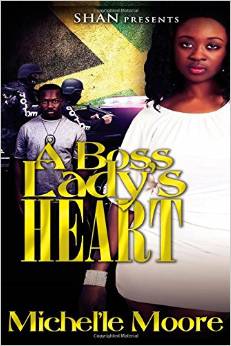 Novea Harris better known as Blade Is a Jamaican native who has inherited her father Janjak’s empire after his untimely murder. She became queen pin in charge of the largest international drug operation in the world. Her name is known around but no one knows who she is except the ones close to her. To say that she was a ghost was an understatement. She gets wind that a DEA agent is investigating her empire and she quickly gets a hold of him. Special agent Malik Thompson has been looking for the head of the drug operation that is taking over the U.S but can't put a face to the name. He meets Novea in a bar and falls instantly for her. Novea tries to keep the game going picking his brain for information, but she eventually finds out that she is in love with him. Will he find out who she is?

Tell us what do you think about A Boss Lady's Heart.