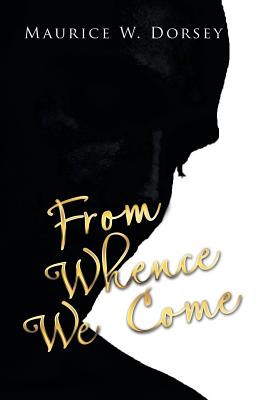 From Whence We Come
by Maurice W. Dorsey

Seymour Rose is an African American man who is gay. He was born to a father who is Catholic and accepts his son unconditionally and a mother who is born Methodist and is homophobic--but most of all, she tells her son throughout his life that she never wanted to have him.
Seymour reflects on three generations of his family history and often tells family stories to make sense of his years of emotional insecurity and feelings of being unloved and unwanted.
His mother is Estelle. She is a strong African American woman whose mother died when she was ten years old. Her father forced her to be surrogate wife and mother to her younger sister and brother. When the Great Depression of the late 1920s occurred and wiped out the family’s finances, they were forced into a life of destitution. Never having enough money, she lived and dreamed of growing up and having a job and money of her own.
Her dream of having a job was put on hold when she learns she is pregnant. She married and, within a year of the first child, she gives birth to a second child. She is angry with herself because she wanted to go to work before having children.
Just as soon as she gets the first two children in grade school and she can live her dream of having a job, she learns she is pregnant again. This child is Seymour, and she repeatedly tells him in her disgust and frustration, "Child, God wanted you here, boy--because I never wanted to have you!"
Seymour’s reaction to his mother’s persistent comments was to cling closer to his mother with hopes that, one day, she would tell him she loved him and wanted him. When he informs his mother that he is gay, this compounds her distaste for this child.
At the end of her life, Estelle reveals to Seymour her years of malcontent with her son, and he comes to terms with his mother and his family history.
This book is fictitious but based on a true story.

More books like From Whence We Come may be found by selecting the categories below: